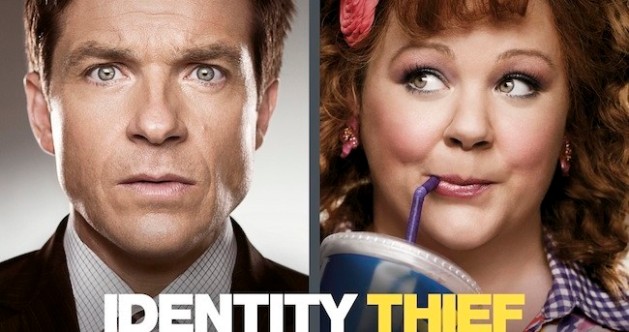 I don’t know why I watched Identity Thief. I knew exactly what I was getting into and still, I did it. Well, let’s just say I did it all in the name of research.

This is going to be short you guys: don’t bother.

I wish I had liked this, or rather, I wish this had exceeded my expectations. I like Melissa McCarthy and I have since Gilmore Girls. I like Jason Bateman. And despite my like for both actors, eugh.

I should have known better. The guy that wrote The Hangover II and III, Scary Movie 3 and 4 among a few other junk titles wrote this little piece of Hollywood bullshit.

The movie has a dilemma in that it can’t quite find its footing: a comedy or a tragedy/drama? It’s got a bit of both in a way that doesn’t work even a little. I’ll give it to Melissa – homegirl goes for it with her physical comedy. Unfortunately, it doesn’t matter. It’s “funny”, it’s “touching”, it’s offensive (just in some parts. Not enough for me to full on Black Rock rant) and it falls short. Everywhere.

If you want a funny road trip adventure comedy just save yourself the trouble and acquire a copy of Planes, Trains, and Automobiles. And don’t watch that shit on TV or you’ll miss one of the funniest movie scenes ever.

No stars for this one, guys.

James McAvoy wielding guns and yelling? Yes, please. Sign me up. I’ll have what she’s having. Is anyone else feeling faint?

This is all incredibly biased because James is in my Top 10 of nearly anything ever. He’s one of my dream men. I could watch him doing anything. Accidentally sending letters with vulgar language, as a half-goat man, in a wheelchair, anything. Absolutely anything. Already I want to give this movie 5 stars solely for starring him.

But, y’know, realistically it wasn’t the worst and it wasn’t the best. It had some fun gun fights (though some of these gun-wielding men had some questionable aim), no obligatory “sex-scene-in-an-action-movie-to-make-the-main-character-deeper”, and a couple of twists that were actually a little twisty. Nice.

My biggest complaint is the opening scene. James is on the hunt for Mark Strong, notorious baddie in almost everything, and his motley crue of motorcycle-riding thieves. So, they’re driving around what I guess is maybe somewhere in London? Either way, it’s a metropolitan area. And there are zero cars. None. Not one parked on the street, not one driving around. Sure, it’s the middle of the night, but cities don’t shut down because it’s 2 AM. People are out committing dirty deeds and out for late night ice cream treats.

You want me to believe that these streets are DESOLATE right now? Please, what do you take me for? A total sucker?

Stylistically, it was pretty fucking cool. Clothes were awesome (sorry, I’ll never say no to James in tight jeans and a nice leather jacket), it all had a very blue tone (which kind of worked for it), and it was sleek.

The movie was all right. It was a cat-and-mouse almost-caper where you weren’t quite sure whether you were supposed to be rooting for the protagonist or antagonist (really, you’re supposed to like both I think, but you know what I mean). For the most part, it is predictable. It’s obvious who most of the traitors are – and you know from the first few minutes that there will be traitors – but a few might catch you by surprise.

Honestly, I just wanted to see this movie so that I could witness James wielding guns.

Oy, mate. Look how fit you are!

Phew, it’s been a minute since I’ve written anything here. Sorry, I’ve been busy MOVING TO SEATTLE. Ahem, pardon me. Yelling my personal events is a real affliction.

I made the mistake of buying an IKEA lamp, which apparently takes the most difficult to find light bulbs in existence, so I’ve been in the dark in my bedroom for two nights now. Annoying, but also, perfect situation to watch a “scary” movie.

So, I watched Dark Skies and it was…not great with a hint of potential. I’ll be real, it does not take much in a horror movie to make me feel weird and paranoid and creeped out. I don’t think there are aliens in my closet waiting to terrorize me – but then again, that’s the set up for the movie so you never really know.

Simply put, Dark Skies is kind of just Paranormal Activity with aliens instead of demon things. Strange things start happening, stranger things keep happening, skepticism and reluctance to believe occur, and then BAM! everything comes to a head and we get a small moment of enlightenment.

For some reason, a person standing completely still and not reacting to you saying his/her name is one of the more horrific things to me. If that happened to me? If I had a spouse and I saw him standing in the yard at 3 AM and I was like, “Hey! Roberto! Roberto!” and he didn’t move a muscle or say anything? I would just yell, “FUCK YOU,” lock all of the doors, call my attorney in the middle of the night and tell him to start drawing up the papers so that I could divorce my sexy Italian husband. You know why? Because that shit. Ain’t. Right.

The movie has a kernel of depth. You’ve got all this alien shit going on and there are a fair number of alien-horror movie elements but at the same time, you’re watching the “perfect” American family breaking down before your eyes. A husband let go from his job, a wife trying to make up for that loss at her job, an angsty preteen, and a weird but nice little kid who, at first, seems to just really need therapy but ultimately, is being fucked with by aliens.

You see this husband and wife simultaneously doubting each other and needing to depend on each other. Physically, these aliens are doing some messed up shit. But at first, there are no aliens. There’s just this stuff going on and it’s putting a strain on the marriage and the family. At one point, Keri Russell contemplates if her no-name husband has been hitting their kids. She yells at him if he’s beaten their sons. That’s heavy. And the aliens’ fault.

Was this an intended thing? Witnessing how outside influences can affect a family? I have no idea. I didn’t make this movie. But it was an interesting aspect and I’d like to give someone the credit of creating this metaphor. And if someone hasn’t taken the credit yet, they should.

** stars (cool metaphor also, kind of scared me in spite of the cliched going-ons. Oh, and J.K. Simmons is in this.)